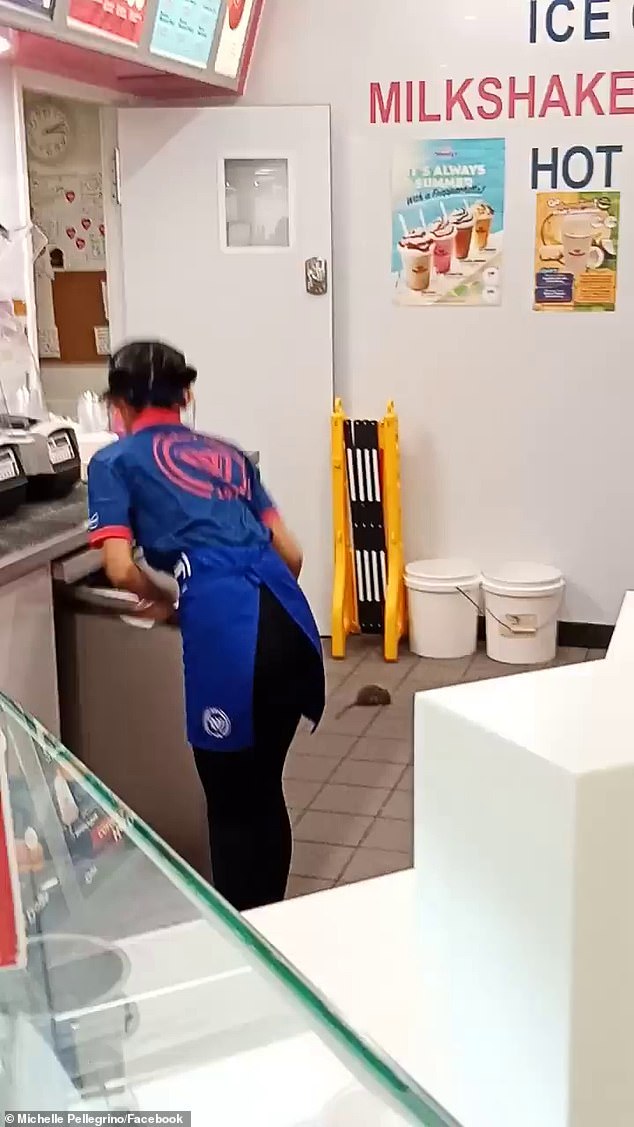 Disturbing footage shows a giant rat on the floor of a Wendy’s fast food restaurant while unfazed workers walk around it.

Michelle Pellegrino, 37, was getting lunch with her sister at Midland Gate shopping centre in Perth on Wednesday afternoon when she spotted the rodent huddled on the kitchen floor.

The video, filmed by Ms Pellegrino, showed staff working around the rat near the food preparation stations.

Staff did not attempt to remove the rodent at any point during the 37-second clip.

The video, filmed on Ms Pellegrino’s phone, showed staff working around the rat without acknowledging that it was sitting on the tiles near the food preparation stations

‘Here at Wendy’s they serve with rats,’ Ms Pellegrino said in the video, which has been viewed more than 18,000 times.

‘They know it’s there. They could at least kick it out the way, they’re just going around it.’

While employees appeared emotionless in the footage, a Wendy’s spokesperson told The West Australian staff were ‘very frightened’.

They said the ‘isolated incident was distressing for all and our staff were very frightened’, but admitted workers ‘should have dealt with their fear and management of this issue differently’. 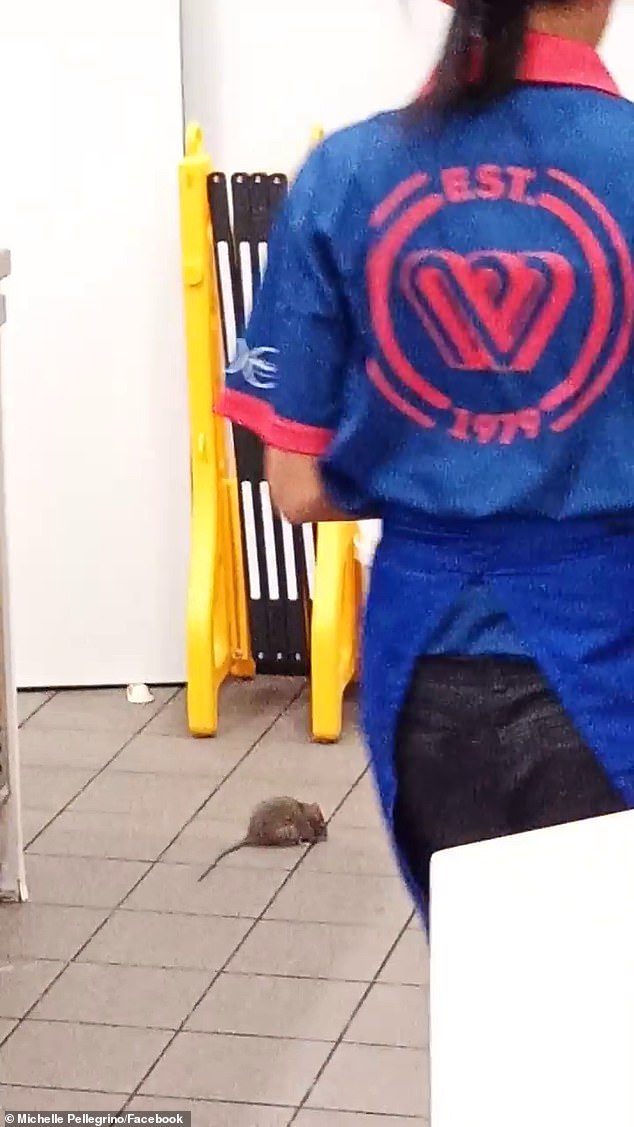 Ms Pellegrino told the publication the rat made her feel as though the whole shopping centre was unhygienic.

‘I was taken aback when I saw it. The girls working didn’t do anything after knowing about it.’

A Midland Gate spokeswoman said the centre was aware of the incident and were working to ensure the retailer is compliant with food safety regulations.