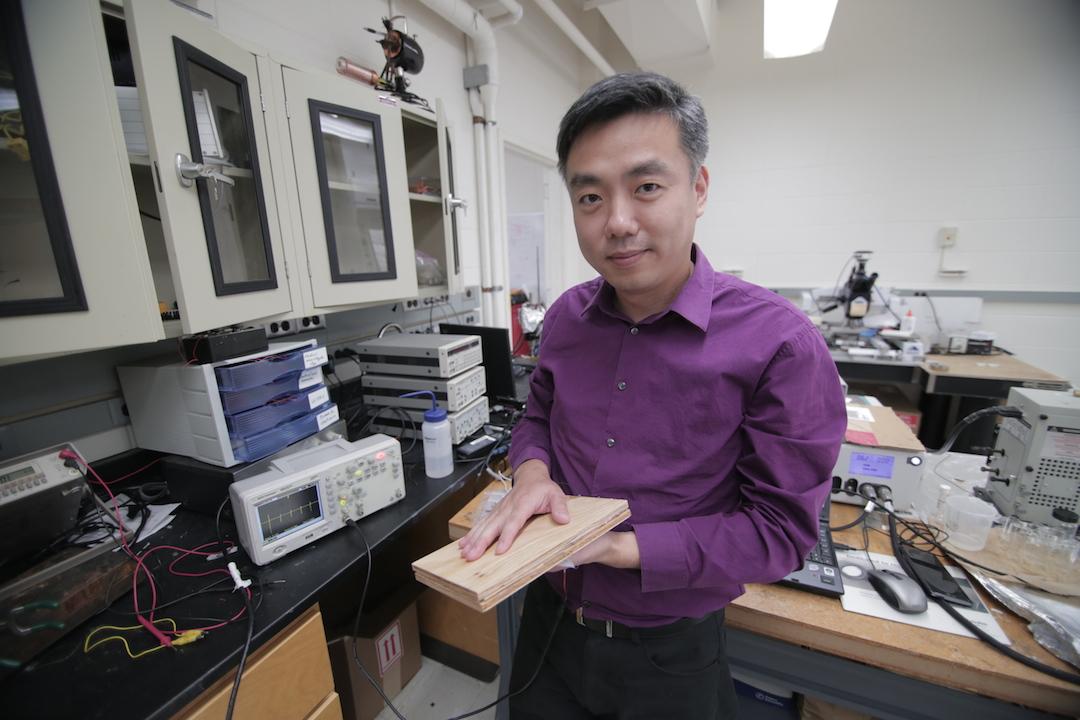 In the smart cities of the not-too-distant future, sidewalks might be able to generate power from the footsteps of pedestrians thanks to companies like Pavegen, but while costs have largely restricted this technology to public spaces like shopping centers – and soccer pitches – a new technique developed at the University of Wisconsin-Madison (UW-Madison) could see homes powered by the same source for around the same price as conventional flooring.

Whereas Pavegen’s tiles use electro-magnetic induction to generate electricity, the material developed by the UW-Madison team relies on the triboelectric effect, which creates a charge, most commonly seen as static electricity, through the friction of two materials rubbing against one another. The principle is already being explored for use in clothing and touchscreens that harvest electricity, and the team calls this approach “roadside energy harvesting.”

Wang previously trialled a similar system that could harvest energy from the motion of a car’s tires. In this case, electricity is generated through cellulose nanofibers less than a millimeter thick, which are embedded into the wooden flooring. Some of these nanofibers are chemically treated, and when they’re brought into close contact with the untreated nanofibers through vibrations caused by footsteps on the surface of the material, they produce an electric charge. This can then be harvested to power lighting, charge batteries, or for other household needs, and the system’s energy output could be increased by building in several layers.

The nanofibers are relatively low-cost, and since they’re embedded in the same wood pulp used in ordinary flooring, the team believes the technology would be priced around the price of a regular wooden floor. It should also be more recyclable and scalable than existing energy-harvesting surfaces, and just as durable as a standard wood floor.

“Our initial test in our lab shows that it works for millions of cycles without any problem,” says Wang. “We haven’t converted those numbers into year of life for a floor yet, but I think with appropriate design it can definitely outlast the floor itself.”

The team is currently optimizing the system in hopes of building a prototype to lay somewhere at the university to demonstrate the technology. Ultimately, the system might find use in other types of flooring as well.

The research was published in the journal Nano Energy.