Mayor Lori Lightfoot, along with the developers Habitat Company and P3 Markets, are celebrating the topping off of 43 Green Residential, the first equitable transit-oriented development (ETOD) on Chicago’s South Side.

The $100 million, three-phase new construction aims to invigorate the neighborhood around the 43rd Street Green Line station in Bronzeville. Upon completion, 43 Green will add roughly 300 new apartments to the neighborhood, roughly half of which will be designated as affordable. Phase 1 construction is set to be finished by February 2023, with early move-ins that fall, followed by two more mixed-income, mixed-use buildings. Phase 2, with 78 units, will break ground later this year.

Habitat Company, a multifamily developer and property manager based out of Chicago, spearheaded the project in conjunction with P3 Markets, a Bronzeville-based real estate development firm. Lightfoot also supported the mission as she advocates for new policies that promote ETODs.

On July 20, the Chicago City Council passed the Connected Communities Ordinance which provides broadens transit-oriented development to include a four-block radius around all train stations and a two-block radius around additional popular bus stops. Prior to the Connected Communities Ordinance, virtually no new developments have risen near transit hubs on the South and West sides — a situation which further deepens economic disparity in the city.

“I’m thrilled to see 43 Green become our first ETOD development,” Lightfoot said. “I’m grateful to the developers and our partners for both their advocacy of the Connected Communities Ordinance and for this investment in Bronzeville.”

Phillip L. Beckham, principal of P3 Markets, also commented in a press release, providing the perspective of a Bronzeville local. “As a resident of the Bronzeville neighborhood, I am already seeing firsthand the positive impact this development is having on the area,” he said, stating that he is confident the structure will become a centerpiece of the community.

Charlton Hamer, senior vice president of Habitat Affordable Group, also shared her excitement. “With inflation putting a strain on household budgets, the demand and need for affordable housing, especially near transit lines, has never been higher,” she said. Hamer also noted that, unlike other recent housing developments, 43 Green is blending of affordable and market-rate units, 50-50. “We received strong feedback from area residents that any new market-rate housing should be balanced with a commitment to long-term affordability – in other words, the ‘E’ in ETOD.” 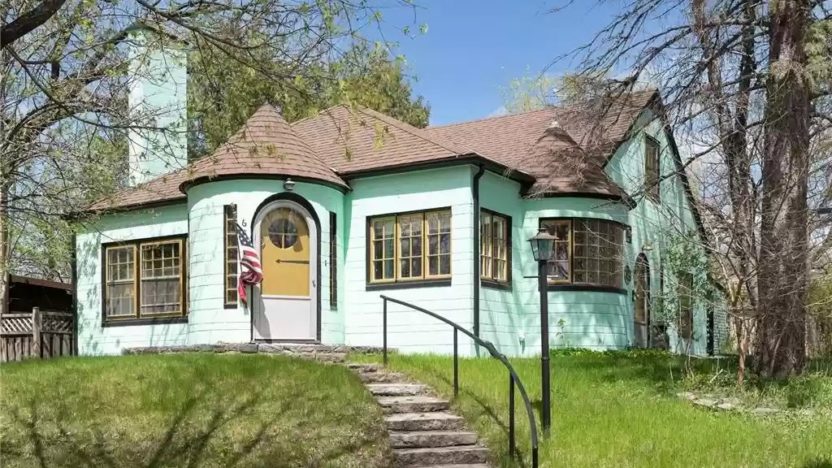 Built in 1940, the vibrant home has had only two owners. This means it hasn’t been subjected to “Frankenhouse” remodels,…